For Readers and Writers

Are you looking for some needed inspiration or are you intrigued by how many authors, poets and scriptwriters have learned their craft? Then why not browse some of our writer interviews? From some of the great names in script writing to those with countless books and stories to their name, what could be better to aid you on your own writing journey than to sit down and share a cup of tea with one of the many writers who have shared their expertise and experience with Mighty Pens!

Renowned for such movies as Elevator, Australia and December Boys, award winning scriptwriter Marc Rosenberg has been the writer behind some of the greatest and most popular films of recent years. Now trying his hand at writing novels as well as sharing his experience with the next generation of scriptwriters at Bond University in America, Marc has also worked with famous stars of the screen from the likes of Daniel Radcliffe to Jeremy Irons. Why not check out his book The Screen Play Tree here? 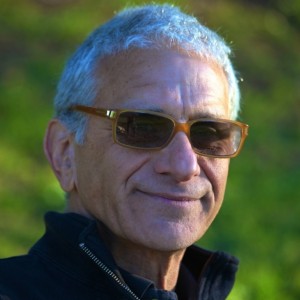 What led you to become a scriptwriter?

The fear of paying the rent! It brought it home that you had to play to your best qualities. There’s no point dividing your attention, it’s better not to be good at anything else. For instance if you are an electrician or plumber and that’s paying the bills, you lose the hunger to have to write. It’s exciting of course but there is a huge fear involved. You don’t appreciate all the mistakes you’ve made until you hit send on your manuscript but it’s exciting. You are gambling on your own ability and pushing yourself. You’re always taking a chance and always changing of course and learning. It’s like having kids, you nurture but there comes a point you have to let them go.

For instance with Elevator, I felt very responsible. I had worked on many other films and on different scripts when once the manuscript has been submitted, the process has very much moved on. There the matter of finding the director and the cast and even how the scenes are brought to life through personal interpretation. With Elevator, my role continued with finding the director and actors and actresses and having much more of an input which was obviously more control and opportunity to make it really mine but there’s also that fear element because the responsibility is, in a much larger way, on you!

Is There A Screenwriting Process?

At base level, there’s a yes and no answer. It can be often very formulaic, you start with a gut feeling, an emotion, a moment, even shower thoughts, trying to make all that, in a sense, tangible. You know you have it when you get that feeling of rightness, that feeling that yes, that’s exactly what I wanted to say and it certainly gives tremendous pleasure. Of course sometimes you have times when at night you’ll be thinking that something is a great idea, character or line but then in the morning you were wondering what you were thinking! 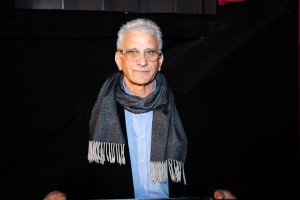 It’s just describing what is in your head. Sometimes it’s like reverse engineering, you’ll have a scene in your head that first inspires the idea and then you have to work backwards from that point. Other times you have a complete idea in your head whilst still others you literally only have flashes. Then there’s pay offs and supporting scenes. A lot of the time you just break the movie down into bite sizes. There’s no set rules. Sometimes it’s just finding the premise and then the message that you want the audience to leave with and then making that accessible through the film.

Any New Ventures On The Horizon?

I have so many ideas that are just shelved at the moment and so it’s been interesting and exciting to just try writing stories. There are some films that I know are unlikely to make it to the screen because some of the locations needed or the work involved just doesn’t make it viable because it would just be too expensive and not economical so it’s been an incredible release and fun to be able to write novels and books. It’s fun to be able to talk about what is actually in your head. There’s a freedom in wanting it to rain and not having to worry about a machine or the weather to create that. Some principles are the same, there’s dialogue, there’s filtering scenes and the characters except they don’t usually talk in the present tense!

What Do You Find Inspiring?

I never feel that work is done, that prevents thinking outside of the box, the pressure is then no longer there, you must always keep an open door that keeps things open.  I do think about a legacy. I love helping a student reach their potential, there’s always a few with real talent and some will just walk through brick walls and those whose confidence will get them there quicker. When I was a student, I was close to flunking out and was very much the class clown until one day a teacher came to me and said that you know you are a good writer and that really helped me. I want to be able to make that impression on just one person. There’s a nugget in everyone. Some need permission to express themselves.

Any cookies that may not be particularly necessary for the website to function and is used specifically to collect user personal data via analytics, ads, other embedded contents are termed as non-necessary cookies. It is mandatory to procure user consent prior to running these cookies on your website.